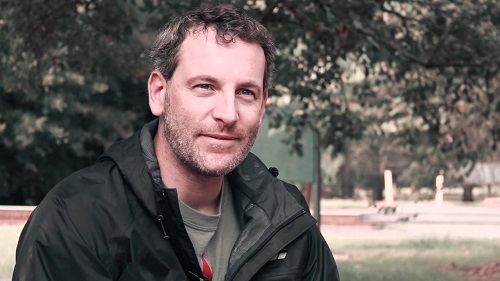 Based in Wilmington, Maurer is a native of Virginia Beach, VA, and a graduate of Old Dominion University.

ASHEBORO, NC - Nearly a decade spent reporting on the experiences of American soldiers in Iraq and Afghanistan eventually put award-winning journalist Kevin Maurer atop the bestseller list as co-author of No Easy Day: The Firsthand Account of the Mission that Killed Osama bin Laden, with a Navy SEAL who was present when bin Laden was killed.

Maurer will talk about his experiences with the book and as an embedded journalist with U.S. troops around the world in the concluding talk of the 2018 Friends of the Library Sunset Signature Series at 7 pm Thursday, September 13, at the Sunset Theatre in downtown Asheboro.

Maurer's appearance is free and the public is invited. The series is sponsored by the Heart of North Carolina Visitors Bureau, the City of Asheboro and the Friends of the Randolph County Public Library.

The format of the talk will be a conversation between Maurer and Mike Adams of Asheboro. Adams was editor of The Fayetteville Observer in 2003 when he hired Maurer to cover the newspaper's military beat.

Shortly after joining the Observer, Maurer followed the 82nd Airborne Division during the initial invasion of Iraq. He returned to cover the soldiers more than a dozen times, most recently in 2010 when he spent 10 weeks with a Special Forces team in Afghanistan. He has also embedded with American soldiers in East Africa and Haiti.

Owen and Maurer followed No Easy Day with No Hero: The Evolution of a Navy Seal in 2014, a New York Times bestseller. Last year, Maurer co-authored American Radical: Inside the World of An Undercover Muslim FBI Agent with Tamer Elnoury, which also landed on the bestseller list.

Other books he has co-authored include Lions of Kandahar: The Story of a Fight Against All Odds with Rusty Bradley; No Way Out: A Story of Valor in the Mountains of Afghanistan with Pulitzer Prize winner Mitch Weiss; and Hunting Che: How A U.S. Special Forces Team Helped Capture the World's Most Famous Revolutionary, also with Weiss.

Based in Wilmington, Maurer is a native of Virginia Beach, VA, and a graduate of Old Dominion University.