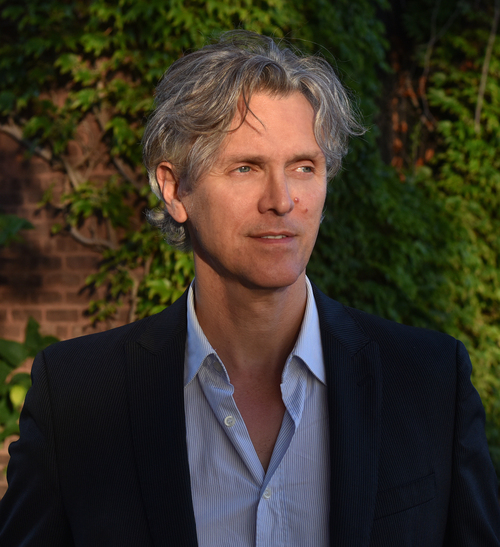 Warren is author of Cash on Cash: Interviews and Encounters with Johnny Cash, forthcoming in September from the Chicago Review Press.

Singer-songwriters Robert Burke Warren and Casey Noel will trace the life of Johnny Cash in words and music as the Friends of the Library Sunset Signature Series returns, 7:30 p.m. Saturday, October 22, at the historic Sunset Theatre in downtown Asheboro.

Their appearance is free and the public is invited.

Warren is author of Cash on Cash: Interviews and Encounters with Johnny Cash, forthcoming in September from the Chicago Review Press. In the book, Warren charts the evolution of Cash and his music through interviews Cash has given from the 1950s through the early 2000s, and provides his own commentary on Cash’s words.

During the performance, Warren will read from his book and perform some of Cash’s songs with Noel.

Warren is a published novelist, educator, music journalist based in the Catskill Mountains of New York. His music writing has appeared in Vulture, Paste, and Salon, among other publications.

As a performer, he played bass for the Queens, New York, based garage rock band The Fleshtones and has forged a career on his own as a singer-songwriter. He also presents educational rock ‘n’ roll performance for children as “Uncle Rock.” He is married to Grammy-nominated music journalist, Janis Joplin biographer and Asheboro native Holly George-Warren.

Noel is a North Carolina-based singer-songwriter. A single entitled “Page 52 off her 2020 EP Not Just Pretty Words was added to Spotify’s Emerging Americana Playlist.

She has performed at Floydfest, Byrds Creek Music Festival and Bristol Rhythm and Roots, and has opened for roots musician Molly Tuttle.

Begun in 2018, the Sunset Series brings high-profile speakers and performers to the Sunset Theatre. It is sponsored by the Heart of North Carolina Visitors Bureau, the City of Asheboro and the Friends of the Randolph County Public Library.