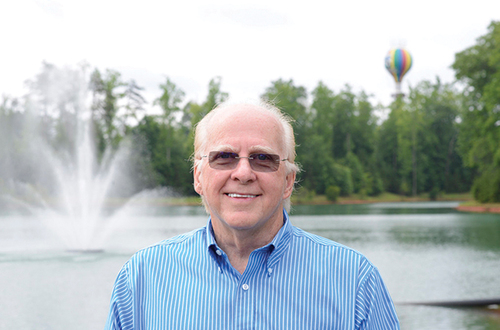 Jerry Neal chuckles when asked about his success in developing one of North Carolina’s most successful tech companies, and later, building perhaps the state’s biggest house east of Biltmore Estate. He hasn’t forgotten the times he stumbled. Always a risk taker, sometimes the gamble paid off. Other times, it was rough going.

His achievements stem from a childhood fascination with electronics and an ability to calculate risk, he says.

As a young boy, Neal experimented with 1,000-volt and 2,000-volt transformers in an Archdale lab built by his father, a Randolph County native who learned about electronics after his World War II service.

After earning an associate degree in engineering from N.C. State University in 1963, Neal worked for Carolina Power & Light Co. for two years then joined computer pioneer Hewlett-Packard in High Point.