Jeopardy! champ Ken Jennings to kick off the return of Asheboro Sunset Series 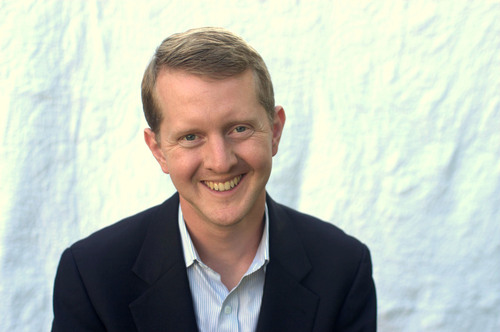 Photo provided by the speaker for promotional purposes | Ken Jennings

Asheboro, NC - Jeopardy! “Greatest of All Time” champion Ken Jennings will usher in the return of the Friends of the Library Sunset Signature Series with a talk at 7 pm Saturday, August 28, at downtown Asheboro’s historic Sunset Theatre.

His appearance is free and the public is invited. The Sunset Series is sponsored by the Heart of North Carolina Visitors Bureau, the City of Asheboro, and the Friends of the Randolph County Public Library.

Attendees are requested to wear face coverings, which will be available at the theater.

Jennings will talk about his experiences appearing on the game show, his techniques for winning, and how his life has changed since.

Jennings became the stuff of legend when he beat fellow champions James Holzhauer and Brad Rutter to be named the “Greatest of All Time” player.

The honor topped his previous achievements as one of the winningest game show contestants of all time. He still holds three big Jeopardy! records: longest winning streak, 74 games; highest regular-season winnings, $2,520,700; and highest average number of correct responses per game, 35.9.

After his Jeopardy! conquest, Jennings became a best-selling author, penning 12 books including the New York times bestseller Maphead: Charting the Wide, Weird, World of Geography, and a series of children’s books.

Jennings grew up overseas in Korea and Singapore, where his father worked as an attorney. His only lifeline to American pop culture during those years was a TV on the Armed Forces network, where he watched Jeopardy! religiously after school every day.

He graduated from Brigham Young University, where he captained the quiz bowl team. He was working as a software engineer in Salt Lake City in 2004 when he received a phone call notifying him that his Jeopardy! audition was successful.