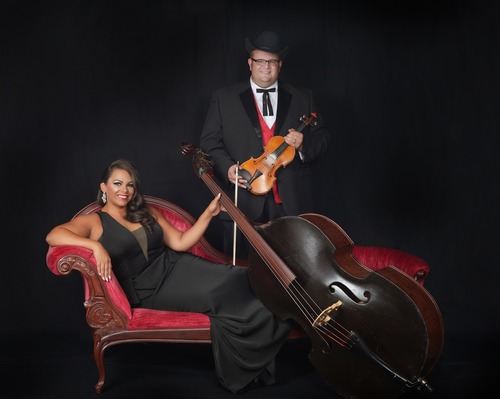 Dewey & Leslie Brown of The Liberty Showcase Theater gave a tour and performance during this week's 'Saturday Chat N Chill Series: Facebook LIVE' with the Heart of NC Visitors Bureau.

The Courier-Tribune featured the "Saturday Chat N Chill Facebook Live" co-hosted by the Heart of North Carolina Visitors Bureau and The Liberty Showcase Theater's Dewey & Leslie Brown. See a recording of the segment from the series here! Looking forward to next Saturday's edition!

Leslie is an authentic coal miner’s daughter who was raised by her grandparents in the Appalachian Mountains of Vansant, VA. Her upbringing in the mountains has always played a significant role in her songwriting, dancing and singing.

Together, their music is powerful and genuine to the bluegrass tradition.

— The City of Seagrove with an overview of the new Luck’s Cannery event center.

The Browns will share their amazing story and music, what’s happening at the theater and how they are adapting in changing times.

Go to The Liberty Showcase Theater Facebook page to catch the live feed at 10 a.m.

Amber Scarlett, interim CEO of Heart of North Carolina Visitors Bureau, said the series was started to keep the destination’s beloved travel destinations top of mind for both locals and travelers.

Thousands have been reached through the series with people joining from other states and overseas, too.

“One of the most rewarding moments comes near the end of the Facebook Live event,” Scarlett said. “The presenters are often overwhelmed with the tangible love and support they feel from listeners who shared their Saturday morning with them.

“It’s meant a lot to all of us to feel like we were lifting each other up in a positive, safe way. It’s been very powerful.”