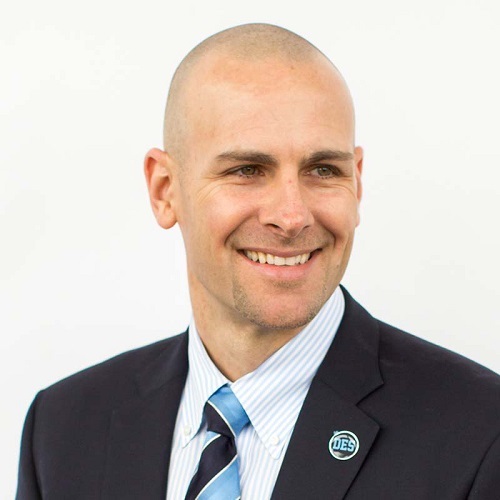 Eric Montross was a two-time All American at UNC and an integral part of the Tar Heels team that won the 1993 NCAA National Championship against Michigan.

Montross’s appearance is free and the public is invited. It’s the final installment of the 2019 Friends of the Library Sunset Signature Series, sponsored by the Heart of North Carolina Visitors Bureau, the City of Asheboro and the Friends of the Randolph County Public Library.

Montross was a two-time All American at UNC and an integral part of the Tar Heels team that won the 1993 NCAA National Championship against Michigan.

At the professional level, he was the ninth overall pick in the 1994 NBA draft and was selected by the Boston Celtics. In his rookie year, he averaged 10 points per game and was named 2nd Team All-Rookie.

He also played for the Dallas Mavericks, the Philadelphia 76ers, the New Jersey Nets, the Detroit Pistons, and the Toronto Raptors before retiring in 2003.

He also is heavily involved in philanthropic work. He founded the Father’s Day Basketball Camp benefitting the North Carolina Children’s Hospital, and serves on the boards of Super Cooper’s Little Red Wagon Foundation, Be Loud! Sophie Foundation, and Vaccine Ambassadors, which promotes equitable access to lifesaving vaccines and which Montross co-founded.

A native of Indianapolis, he attended Lawrence North High School where he was a McDonald’s All American. He and his wife Laura live in Chapel Hill.

The Sunset Theatre is located at 234 Sunset Ave. For further information, call the Heart of North Carolina Visitors Bureau at 800-626-2672.

Three of four presenters have been selected for the 2020 Friends of the Library Sunset series: Elizabeth Smart, who survived a nine-month abduction in 2002 to become an author and child safety advocate, 7 p.m Saturday, February 15; speed painter Tim Decker, who creates large paintings before the audiences eyes — sometimes painting with both hands — all set to music, 7 p.m. Saturday, March 14; and Jeopardy! champion Ken Jennings, 7 p.m. Saturday, April 18.

A fourth event will be announced soon.