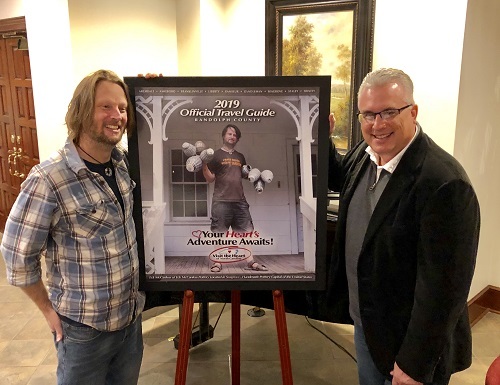 ASHEBORO — A chance photo taken during a media shoot will grace the cover of the 2019 Official Heart of NC Travel Guide.

Eck McCanless, a Seagrove potter, was photographed by Richard Schoenberger of Manor House Graphics. Schoenberger was taking pictures for a magazine writer working on a story about Seagrove potters, according to Susan Dosier of DK Communications Group.

Dosier said when they were going through the hundreds of photos Schoenberger took, the one of McCanless stood out as one that could be featured on the cover of the new travel guide.

McCanless is standing on a front porch holding several pots in both hands. On the front of his T-shirt are the words, “I make things with my hands.”