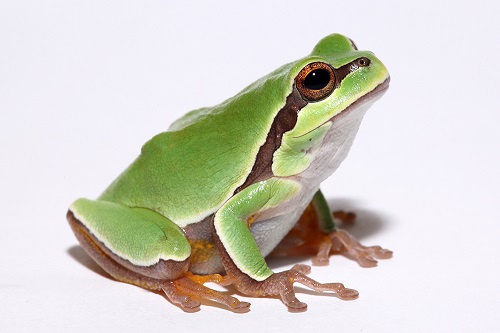 A Pine Barren Tree Frog, one of many amphibians that will be featured at Amphibian Awareness Day. Photo courtesy NC Zoo staff

ASHEBORO, NC — Hop into the North Carolina Zoo on Saturday to help raise awareness of the importance and diversity of amphibians and bring attention to declining amphibian populations worldwide by attending Amphibian Awareness Day.

Events take place from 10 a.m. until 2 p.m., and include: Backyard pond talks, activities for children and crafts in KidZone. There will be a conservation station, trivia wheel and games in Cypress Swamp. Outside of The Desert there will be activities that will focus on desert amphibians. The annual celebration of amphibians is the nation's largest day of amphibian education and conservation. In addition, zoo visitors can meet Sweet Frog Frozen Yogurt Shop’s mascots Cookie and Scoop.

Amphibian populations worldwide have been declining at unprecedented rates and many of the world's amphibian species are threatened with extinction. As many as 200 species have disappeared in recent years. Amphibians are faced with an onslaught of environmental problems, such as pollution, infectious diseases, habitat loss and invasive species.