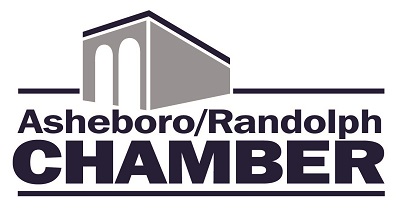 The Asheboro/Randolph Chamber of Commerce unveiled a new organizational logo to their Board of Directors and Members today.

ASHEBORO, NC –  The Asheboro/Randolph Chamber of Commerce unveiled a new organizational logo to their Board of Directors and Members today.  “2015 is a significant year of transformation for us,” said Board Chairman, and owner of Carolina Pharmacy, Jerry Moore.  “after 31 years, we have moved to a new location, we have made membership more accessible than ever to small businesses, and now we’re updating our public branding.”

Moore said that developing a new logo had been on his “to do” list for 2015.  “But when we were going over logistics for moving into the new building, it dawned on us that getting the logo updated at the same time just made a great deal of sense.”  He pointed out that moving means new building signage, new stationary, new business cards, “so it was an obvious time to have the new logo developed.”

The logo design was developed through a partnership effort of Kerri Lindley of KCL Creative and Richard Schoenberger of Manor House Graphics.  It features a silhouette of the Chamber's new downtown building, highlighting the twin Palladium windows.  The silhouette is graphite gray, and the font is dark navy blue.  John Revell, Board of Directors VP for Member Development, and Plant Manager at Oliver Rubber noted that “one of the first things you notice about the logo is what’s missing from it.” Revell leads the Chamber’s Marketing & Technology Committee and points out that the words “of Commerce” have been omitted from the new logo.  “Those words are certainly implied, so we felt it was an unnecessary use of space to include the extra words.  Revell explained that today logos need to be adaptable to a much smaller footprint.  “You need something that is easily readable and understandable when reduced down for use on the web – not to mention when it’s embroidered on a shirt, or printed on a business card.”   Revell said their research showed that “Chambers across the country are adopting the same philosophy and dropping those two words from their logos.”

The public will begin to see the new logo incorporated into the Chamber’s public-facing materials, signage, and website in the coming weeks.

The Asheboro/Randolph Chamber of Commerce moved into their new location at 137 S. Fayetteville Street in Asheboro, NC on Monday, March 30th.  Their phone number and email address remains the same:  336-626-2626 / [email protected].