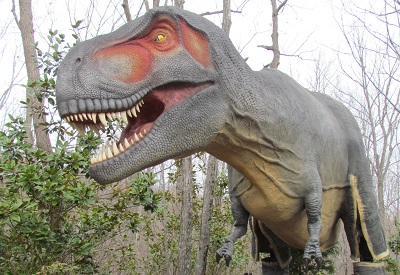 ASHEBORO, NC – The North Carolina Zoo will begin its summer operating hours, opening all venues April 1. Summer hours, which are 9 am – 5 pm, will continue until the end of October.

The following includes some of the fun things visitors will find at the zoo soon:

Starting in April, all fun venues such as the giraffe deck, carousel, renovated Africa bridge, as well as both parking lots and entrances, shuttles and the connector trail, will be open.

On March 27 and March 30 from 11 am until 2 pm, there will be media days for members of the press who would like an exclusive tour of Dino World.