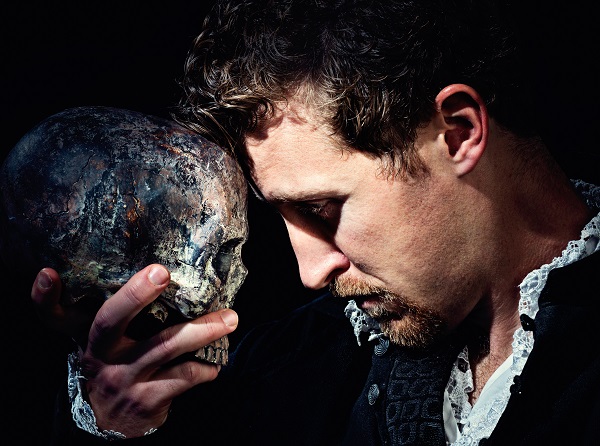 Patrick Earl as Hamlet in HAMLET. Photo by Michael Bailey.

ASHEBORO, NC – The American Shakespeare Center will make a stop in Asheboro on Friday, January 16th and Saturday, January 17th as part of its 2014/2015 Method in Madness national tour. The talented group of actors will perform two Shakespearean favorites, “Hamlet,” and, “Much Ado about Nothing.” In addition to these two shows the group, in partnership with the City of Asheboro and the Randolph Arts Guild will be offering several interactive workshops during the weekend geared toward actors high school ages through adult. There is a $5 registration fee. Pre-registration is required before the deadline of January 9th. Individuals may sign up online by visiting www.RandolpArtsGuild.com.

The workshops will be offered on a series of topics related to the performance of Shakespearean works, including Basic Stage Combat, Early Modern Special Effects, Rhetoric, and Advanced Staging. All workshops will be held at the Sunset Theatre and space is limited.

n this workshop, participants will examine the text and context surrounding the fights in Shakespeare’s and his contemporaries’ plays for clues regarding movement and style. Then, participants will observe our trained actor combatants perform choreographed fights and hear, from fight captains, or choreographers, the motivation behind each choice and its connection to the text of the play and the style of fighting called for in the period. Participants then practice stage combat techniques, and apply the skills in a safe environment. All participants should be of high-school age or older.

In this workshop participants will examine the unique architecture of early modern Playhouses in order to discover its potential in staging unusual scenes that epitomize the theatre of the imagination, such as: storms and tempests, shipwrecks, ghostly appearances, statues coming to life, etc. While “working on your feet,” participants have the exciting opportunity to creatively explore our multi-dimensional stage in an effort to establish these otherworldly environments.

Much of Shakespeare’s powerful command of language stems from his ability to use rhetorical devices: certain ways of structuring his characters’ speech to achieve a desired result. Certain devices may underscore intelligence, expose buffoonery, express a conflicted state of mind, or demonstrate wily manipulation. This workshop demonstrates how students can use five main types of rhetorical devices — Repetition, Omission, Addition, Direction, and Substitution — as clues for character in Shakespeare’s plays, both for acting cues and for analytical purposes. Excellent for both English and Drama classes.

Working with ASC actors, participants will explore and learn how to find clues for performance in Shakespeare’s plays including embedded stage directions, pronoun choices, character

address, and audience contact. Participants will make artistic choices based on their new knowledge and direct the ASC actors in a scene from our repertory. Excellent for both English

"We scour the country for the right 10-12 actors to perform all these roles in all of these plays," said ASC Artistic Director Jim Warren. "Not only are we looking for the right talent to do these shows in true rotating repertory (a great lost joy in today's theatre world), but we're also looking for personalities we think will gel into a dynamic, well-balanced ensemble on and off the stage. On top of all of that, we're also looking for singers and musicians because we perform all of our music live and unplugged; join us for our pre-show a half-hour before show time for some musical treats."

For more information about Sunset Cultural Series, please log on to www.sunsetculturalseries.com. To sign up the for the workshops visit www.RandolphArtsGuild.com before the January 9th deadline.