The City of Trinity 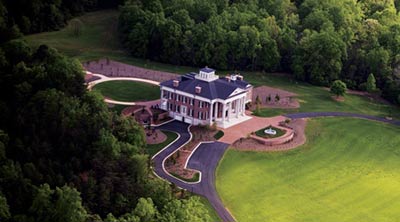 The City of Trinity is known as the birthplace of Duke University, originally called Brown’s Schoolhouse. Started in 1838, it took on the name Trinity College in 1859, and in 1892 moved to Durham where the name was changed to Duke University. The City of Trinity is located less than six miles from the High Point Furniture Market, which hosts the largest furniture industry trade show and shopping district in the world. 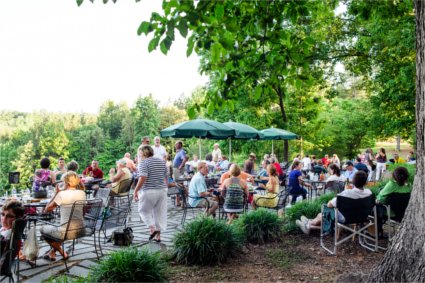 Another historical landmark is the Dr. Thomas L. Winslow House, built in 1855, and now the home of Trinity Museum. For wine lovers, Zimmerman Vineyards is located on 140 acres at the foot of Mt. Shepherd, and they offer great weekend tours and wine tastings. Zimmerman is one of the favorite places of local country and bluegrass singer-songwriter, Donna Hughes, a lifelong resident of Trinity. The largest attraction in Trinity is Linbrook Heritage Estate, which showcases Linbrook Hall, one of the largest privately-owned homes in the southeastern United States. Also on the estate are the Historic Hoover House and the Neal Agricultural & Industrial Museum. The museum houses 26 fully restored John Deere® tractors, a large collection of John Deere® memorabilia, a century steam engine, antique electrical apparatus, and a rare Otto-Langen engine. All tractors and equipment displayed at the museum have been restored, both mechanically and aesthetically, and are periodically operated in demonstrations held on the estate. From the property, you can take in a view of America’s oldest mountain range, the Uwharries.

Trinity is served by three major airports, each within an hour’s drive - the closest of which is Piedmont Triad International in Greensboro; and six Archdale area hotels including Choice, IHG, Hilton, and Marriott rewards properties.