Dailey & Vincent has released nine albums since 2007, seven of these for Rounder Records, with all the albums having charted on at least one Billboard albums chart. They have also won thirteen awards from the International Bluegrass Music Association and twenty-three awards from SPBGMA (The Society for the Preservation of Bluegrass Music of America) . In 2011, they received a Grammy Award nomination for Best Country Performance by a Duo or Group with Vocal, and won the 2011 Dove Award for Best Bluegrass Album with ‘‘Singing From The Heart‘‘[2] In 2013, Dailey & Vincent received their second Grammy Award nomination for Best Bluegrass Album for their album ‘‘The Gospel Side Of Dailey & Vincent‘‘.An Amazing show you surely want to see!! 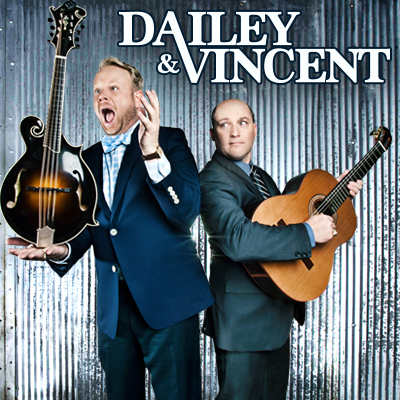