Join us in Downtown Asheboro to kick off the holiday season during the Asheboro Christmas Parade. This event will be filled with music, beautifully decorated floats and thousands of people celebrating the season. The streets of Downtown Asheboro will be alive with Christmas spirit and many of the Downtown shops and restaurants will be open. Come out early and bring the whole family for the festivities!

The Asheboro Christmas Parade is brought to you by the Asheboro/Randolph Chamber of Commerce and the City of Asheboro. 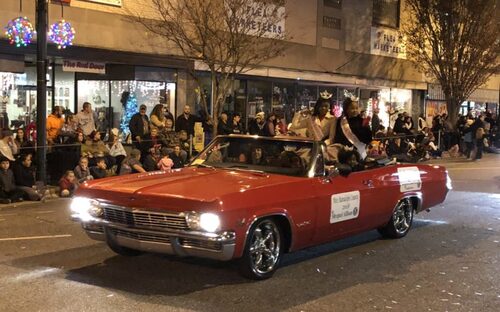